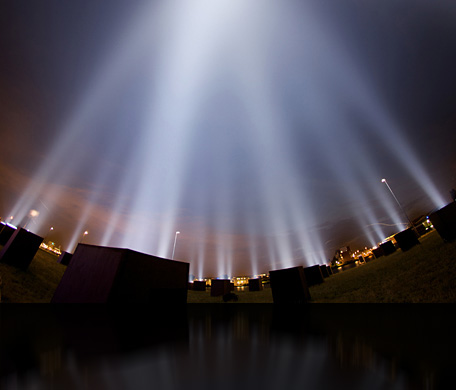 “At the start of Q1’22, most regions were at various stages of a post-COVID economic recovery. However, Russia’s invasion of Ukraine at the end of February sent shockwaves through the markets, which will be felt for months and years to come. This new layer of complexity, on top of existing COVID-related factors and operational challenges, will add to the wider markets’ volatility.

With the backlog of semi-finished inventory built up during the 2020 Anglo American Platinum converter plant (ACP) outages now processed, we are left with the stark reality that South African production is actually below where it was in 2019. This, combined with a massive drop in recycled material, points to constrained supply for the coming months, as demand continues to grow.

While the cost of the tragic war in Ukraine will not be known for some time, the potential indirect impact it could have on platinum is considerable. Security-of-supply concerns, particularly for palladium have arisen in the wake of Russia’s invasion of Ukraine and given Russia’s importance to the global supplies of mined palladium and, to a much lesser extent, platinum.

This could increase platinum for palladium substitution efforts and modify the procurement and inventory management strategies of a wide range of market participants.

In addition to decarbonisation, security of energy supply for all Governments is now a far greater issue than it was. The role of green hydrogen in reducing European gas imports could drive a strategic acceleration of electrolyser construction, which would benefit platinum directly but also support the infrastructure needed for broad-based commercial adoption of FCEVs. Investors looking for green opportunities are becoming increasingly aware of platinum’s key strategic role in unlocking hydrogen’s crucial contribution to achieving global net zero targets; being used in both electrolysers to produce green hydrogen and in hydrogen fuel cells.”

The World Platinum Investment Council (WPIC) today publishes its Platinum Quarterly for the first quarter of 2022, with a revised full year forecast for 2022.

Unprecedented events in Q1’22 had a huge impact on both the supply of and demand for platinum, adding a layer of complexity on top of pre-existing issues, which will continue well into 2022. During the quarter, both demand (-26%) and supply (-13%) fell year-on-year leaving the market in surplus of 167 koz. However, for the full year, supply is expected to be 5% less than in 2021, yet demand to be 2% greater.

Q1’22 saw confirmation that the processing of semi-finished inventory built up during the 2020 Anglo American platinum converter plant (ACP) shutdown had been completed. With mine production no longer receiving the one-off supply boost from the ACP inventory unwind, a clearer picture of underlying production levels emerged this quarter. South African production in Q1’22 fell 16% (-167 koz) year-on-year, to quarterly levels below those seen in 2019. Platinum mine supply in South Africa is forecast to decline 9% in 2022 (-421 koz) and is at risk of potential strike action related to three-yearly wage negotiations. Russian output also declined in Q1’22, down 11% year-on-year (-21 koz) with the operating environment in Russia becoming increasingly challenging due to the geopolitical situation and sanctions against Russia. Overall, global refined mine production is forecast to decline 7% (-425 koz) year-on-year to 5,872 koz.

Recycling supply was constrained during Q1’22 (-20% year-on-year) due to reduced volumes of end-of-life vehicles as a result of fewer new vehicles being sold – an issue that will persist yet ease throughout 2022. Full year platinum recycling supply is forecast to decline by 2% (-43 koz).

Against a backdrop of shortages of semiconductor chips and other parts, zero-COVID protocols in China, and disruption in Europe due to Russia’s invasion of Ukraine, total platinum automotive demand this quarter was remarkably strong. Demand was flat on Q1’21 (725 koz), and is expected to increase by 16% (+412 koz) in 2022, due to a rise in light duty vehicles produced, higher loadings due to tighter emissions regulations and continued platinum substitution to partially replace palladium in gasoline vehicle catalysts.

Jewellery demand rises in all regions except China

However, this could not offset a fall in jewellery demand in China, where platinum fabrication fell by 36% year-on-year in Q1’22, partly due to the negative impact of the Omicron outbreak. Sales are expected to gradually pick up in the second half of the year as the pandemic-related impact is expected to ease. Overall global platinum jewellery demand declined by 9% (-42 koz) year-on-year in Q1’22, and is forecast to decline 2% (-37 koz) to 1,886 koz in 2022.

Petroleum demand in Q1’22 rose by 21% (+8 koz) year-on-year, especially in Europe and North America, where refining output had picked up considerably as the recovery from COVID continued. Similarly, as health service utilisation is recovering towards pre-pandemic levels, demand for platinum in the medical sector was up by 15% (+8 koz). Both sectors are forecast to see demand growth in 2022.

Meanwhile, platinum glass demand fell 56% (-179 koz) year-on-year in Q1 22 as expected. This seemingly dramatic drop was due to unusually high demand in Q1’21, as significant investment in new plant capacity was completed and plants were commissioned. This reduced requirement from the glass sector was a significant factor in overall industrial demand falling by 25% (-175 koz) in Q1’22 year-on-year, and the forecast of a 16% decline in 2022, albeit that 2022 industrial demand is still expected to be the third strongest year on record.

Bar and coin demand increased from 21 koz in Q1’21 to 60 koz in Q1’22. However, despite particularly strong demand in North America, global demand growth was limited by US dollar price strength sustained by a significant subsequent weakening in the yen which drove local platinum prices to their highest since May last year and which encouraged profit-taking among Japanese investors. This trend is expected to continue into the next quarter, with global bar and coin demand for the full year forecast to decline by 23%.

For ETFs, liquidations in Q1’22 stemmed primarily from one European ETF issuer and were contrary to investors’ finding hard assets attractive due to surging inflationary worries and elevated geopolitical and economic uncertainties. A modest inflow in ETF holdings over the remainder of this year is forecast, resulting in a 50 koz full-year outflow.